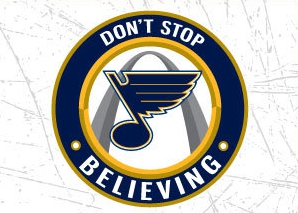 "Don't Stop Believing" is somehow worse than "The Last Piece of the Puzzle." I thought that was the worse it could get. Nope. Wrong.