Friday Links: "C" What I Did There Edition

Share All sharing options for: Friday Links: "C" What I Did There Edition 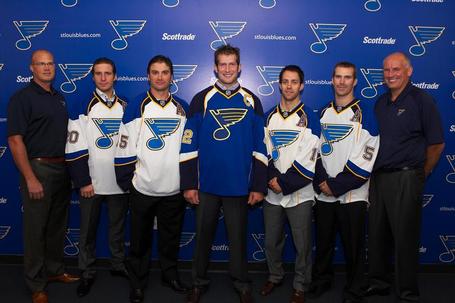 Fans can no longer go on and on about Backes not being captain, because now... he is. Another, infinitely less-important Blues vacancy will be filled tonight as the Ice Crew looks to replace me. I hope it's someone I know so I can heckle the shit out of them when I return for the holidays.

Who doesn't like a good mash-up? Pink Floyd vs. the Bee Gees brings you "Stayin' Alive In the Wall."