...one wants to put things into perspective a little bit.

"The Dark Knight Rises" is an awesome movie. What happened in Aurora is awful. 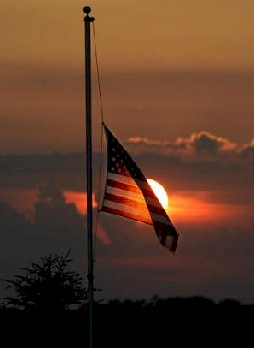 Thoughts and prayers to all affected by this tragedy, that happened in a city not far at all from where I grew up.

Now, back to your regularly-scheduled hockey coverage.

The results are in, and in a two-horse race, 2011-12 AHL All-Rookie Team member Cade Fairchild nosed out 2012 first-round pick Jordan Schmaltz by six votes for the seventh seed in the 2012 "Game Time" Blues Prospect Ranking.

Fairchild earned 29 votes, while Schmaltz garnered 23. Between them, the two American-born defense prospects picked up 41% of the total vote in this week's poll.

Coming in a surprising third was Swedish forward Sebastian Wännström; the native of Gavle picked up 13 votes in anticipation of his North American debut at training camp, and with Peoria in the fall. Wännström, defenseman Joel Edmundson, and center Ryan Tesink were the only other prospects in this week's poll to earn vote totals in double figures.

Added to this week's poll is yet another defense prospect, 2012 Entry Draft selection Nicholas Walters, and another Western League player who will be making his pro debut this fall, winger Cody Beach. Let me know in the comments if you feel that it's time for the organization's other goaltending prospects -- the likely Alaska-bound Paul Karpowich, OHLer Jordan Binnington, QMJHL 'tender Francois Tremblay, and Swede Niklas Lundström -- to be included in the conversation as well.