The Rangers are in town for the first time in a while, and they're in the middle of quite a slump.

No one expected the New York Rangers to start like this, not with Swedish supermodel and super goalie Henrik Lundqvist in net. The Rangers are off to a 1-and-3 start, and new head coach Alain Vigneault is already on a bit of the hot seat.

But let's not think of Henrik letting in six goals (especially since I have him on a few fantasy teams). Let's think of him this way: 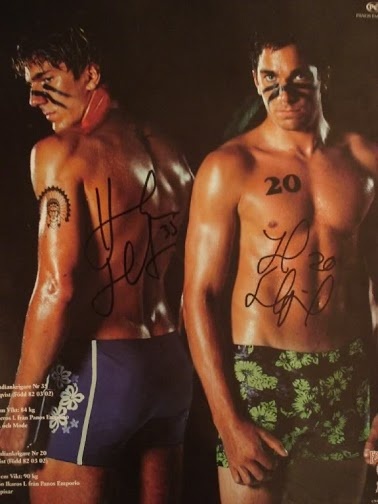 Ok, let's always think of him and his brother that way. That's a nice way to think of them.

Anywho, this is your morning open thread. Your mission, should you choose to accept it, is to write English subtitles for this video:

Check back later for some Lighting the Lamp, a preview, the obligatory GDT, and a recap of hopefully another Blues win.