Lighting The Lamp: Lessons To Be Learned From The Kings

Share All sharing options for: Lighting The Lamp: Lessons To Be Learned From The Kings

It's a sure bet the Blues coaching staff has spent a considerable amount of time lately studying the videos of the defending Stanley Cup champion Los Angeles Kings' games from last year's playoffs. There is certainly a lot the Note can learn from the format and application of the Kings' game plan as formulated by coach Darryl Sutter and his staff, which includes former Blues coach Davis Payne and Director of Player Development, Nelson Emerson, yet another one-time Blue. It should prove to be a defensive battle royale if the Blues can follow coach Ken Hitchcock's game plan and are able to implement that defense-orientated strategy based on strong fore-checking and hard work in the corners and on the boards of the offensive zone. In this system, defense begins with a hard-working, determined offense.

Not playing the system has resulted in a malaise that currently has Blues' fans in a tizzy as the club sinks in the Western Conference standings, losing three straight games to divisional rivals after winning six of the first seven. All of a sudden in those three games the Blues could not score, nor could they keep the puck out of their own net, giving up 16 goals against while only scoring five. All of a sudden the entire team was guilty of cheating (as Hitchcock puts it) not only themselves, but also the game itself. And the hockey gods punish complacency and laziness with severe retribution, as the boys in blue are finding out. Although talented, this is not a hockey team that will succeed on talent alone. 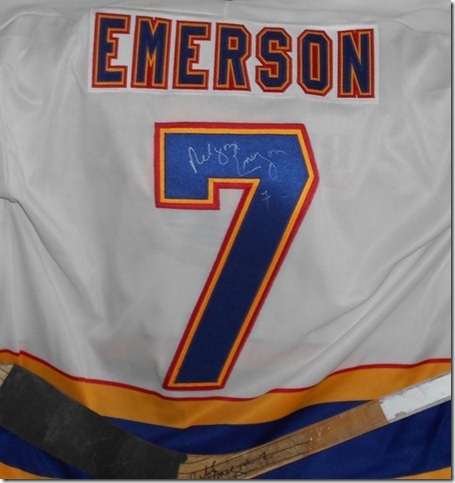 Another lesson Blues' fans can learn from the Kings is that it is much more important for an NHL club to perfect its game plan at the end of the season rather than at the beginning. The Kings barely made the playoffs last year, entering as the eighth and last seed in the conference. However, since they were able to work as a team and follow Sutter's game plan, they established a strong work ethic for each and every game. So, for those teams with a legitimate shot at the Cup, the real season actually begins in May when the playoffs begin. The regular season (even this shortened one) gives ample time to work towards development and implementation of the game plan, maintaining effective special teams and having confident, strong goaltenders. Having problems now in early February and having time to solve them is preferable to experiencing them in mid or late April. And that applies to injuries, too. As Bernie Federko is fond of saying, "there's plenty of time, folks", to correct problems and get back to Hitchcock's system.

Experienced, veteran hockey fans already know not to get too down and depressed when things are going poorly, just as it is wise not to get too high and exhilarated when things are going well. After such a fantastic start, the Blues are having a problem with success, getting so high that they forgot what got them that success (hard work) in the first place. Hence, the cheating references from Hitchcock. As captain David Backes told Dan Rosen at NHL.com, "If you win three in a row and everyone is talking about you, you have to remember that there is always someone there to knock you down a peg. We've got to stay hungry." The same thing has happened to Los Angeles. After winning the Cup and raising the championship banner, the Kings' high has blinded them to hockey-reality, and they started this season in a funk, losing their first three games in a row, only scoring four goals and giving up ten.

Los Angeles was awarded a franchise in 1967, the same year St. Louis entered the league when the NHL doubled in size adding six expansion teams. Canadian entrepreneur Jack Kent Cooke paid $2 million for the franchise, naming the team the Kings and choosing the "royal" colors of purple and gold for the uniforms. Cooke wanted to play in the L.A. Memorial Sports Arena (home of the NBA Lakers, which he also owned), yet was frozen out by the Western Hockey League Blades who had already signed a lease agreement. So, Cooke decided to build his own arena, and did just that, but The Fabulous Forum in Inglewood was not finished in time, so the Kings debuted at the Long Beach Arena in October, 1967. The first game in the Forum was played in December and was the home of the Kings for the next 32 seasons. Long-time player Red Kelly (Hall of Fame 1969) was the first coach and some of the more colorful players for the Kings included Bill "Cowboy" Flett, Eddie "the Jet" Joyal, Eddie ("Clear the Track") Shack and goaltender Terry Sawchuk.

The 45 year rivalry between these "expansion six" teams continues tonight as similar teams with similar problems seek to find their game by getting back to basics and doing what similar, veteran coaches teach them to do. In the end, the harder working team will prevail.