Weird Blues eBay Finds - Would You Bid On Any Of These Items?

You can find literally anything on eBay, and this collection of items proves it 110%.

Share All sharing options for: Weird Blues eBay Finds - Would You Bid On Any Of These Items?

I love eBay. I can't help it -- rare hockey stuff, jerseys, electronics, you name it, I have probably purchased it off of eBay. It's also a great time killer. Sometimes I just like to window shop at the oddities on view, never intending to purchase stuff. If you follow my hardly-updated personal blog, Thrashing the Blues, you might've seen me post these beauties a while back, who are supposed to be Al MacInnis, Chris Pronger, and a baby Barret Jackman: 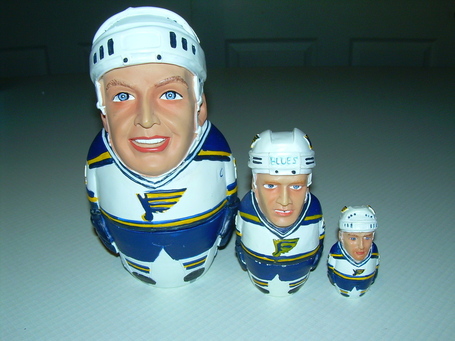 But these guys gave me an idea -- if that's for sale on eBay, what else is?

To start things off, I present the fairly normal 1994-1995 media guide. I won't lie, I was really tempted to buy it. I love media guides as snapshots of a team's history, and it kind of makes me sad that teams are making them available on CD-ROM or on-line only. I miss the paper ones. Like I said, I would buy this, except for the cover: 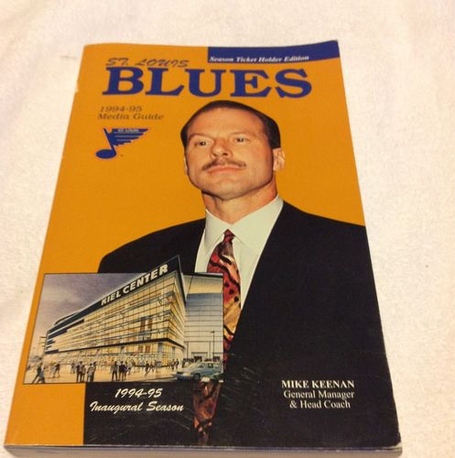 Wait, no. I'd buy it for target practice. Anyone have a potato gun? Honest to God, who made the decision to put Mike Keenan on the front of the media guide for the team that had Brett Hull on the roster?

Next up is this bit of non-official merchandise, a crossword puzzle book all about the Blues! 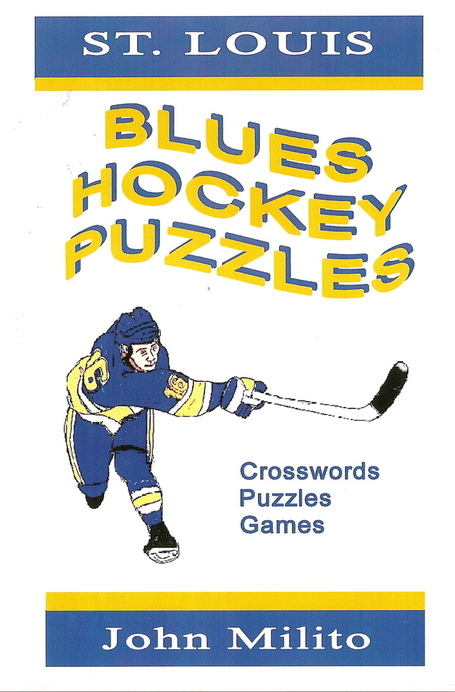 While light-switch covers featuring your favorite Blues might sound like a great idea for a mancave or a rec room, or maybe even a kids' room, you might want to think of how you're planning on executing this before you actually put them into production. Witness these, one of Brett Hull, and the other of Glenn Hall.

They're not entirely in inappropriate spots, but a little further over, and Hall is really happy to make that save.

I think he even ate his stick. That must be some good shit.

Pogs! More specifically, slammers. The greatest thing is that people are buying them. I love the totally '90s color scheme. 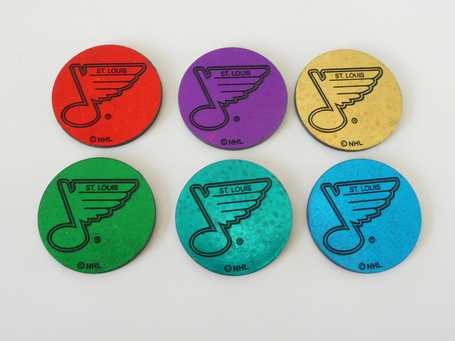 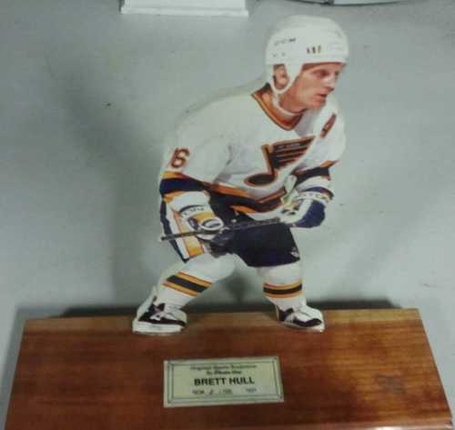 I don't really know what the deal is with this. Is it done with that weird perspective on purpose? Did the "artist" want to make Brett Hull look like a midget? Dwarf? I don't even know what the appropriate word to use here is. But hey, it's $4.99 and there are 25 days left! Get it before it's too late!