Share All sharing options for: Lighting The Lamp: Leaking Oil?

As difficult as it may be for the Blues to gear up for tonight's tilt with Edmonton after last night's intense, pressure-packed encounter with Chicago, it will be tougher for the Oilers. They played last night in Dallas and spill into St. Louis for the third game of a horrendous nine-game trip that has them on the road for almost three straight weeks. In comparison, the Blues leave tomorrow for their longest road trip of the season, five games over eight days. So, two weary, spent teams will face-off in yet another "premier" NHL contest.

The Oilers, who have been rebuilding since 2006, the last time they played for Lord Stanley's Cup (losing in seven games to Carolina), have a surplus of young, talented scorers. Missing the playoffs since 2006, Edmonton was also entitled to the number-one pick in the amateur draft the last three years in a row (choosing Taylor Hall, Ryan Nugent-Hopkins and Nail Yakupov). Other first round picks earned for being a terrible team include goaltender Devan Dubnyk, Sam Gagner, Jordan Eberle and Magnus Paajarvi. Even with the presence of veterans Ryan Smyth, Ales Hemsky, Ryan Whitney and Nik Khabibulin, the Oilers are a mediocre club with an average record, searching for any kind of team identity.

This does not sit well with knowledgeable, rabid Oiler fans, who well remember the glory years when Wayne Gretzky helped name Edmonton "The City of Champions" with five Stanley Cup championships. Hockey is B-I-G there, and has been since the early 1900s as evidenced by many successful amateur teams, including the Eskimos and Dominions, as well as the modern-day WHL Edmonton Oil Kings. Professional hockey debuted in Edmonton in 1921 when the Eskimos helped found the Western Canada Hockey League. Years later, the Edmonton Flyers would join the Western Hockey League in 1940 and, as a farm team for Detroit, developed NHL stars such as Johnny Bucyk, Norm Ullman, Al Arbour and Glenn Hall. 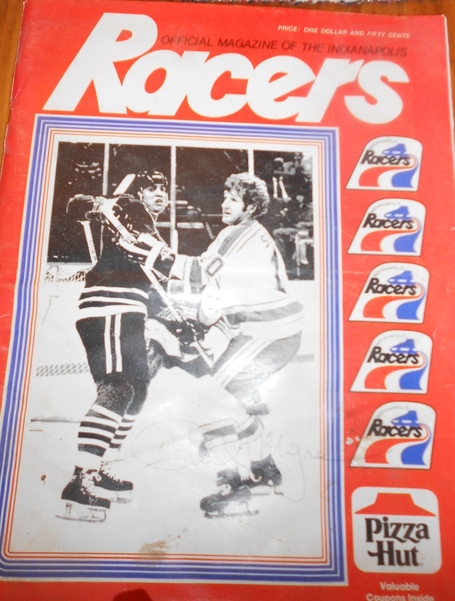 When the NHL successfully doubled in size in1967, Canadian Bill Hunter, a former player (nicknamed Wild Bill) from Saskatoon and coach and general manager of the junior Edmonton Oil Kings, sought a franchise, but was rebuffed. Hunter had helped found the junior Western Hockey League a year earlier and strongly desired an NHL team in Edmonton. His chance for a professional team came in 1971 when the rival World Hockey Association was formed by American promoters Dennis Murphy and Gary Davidson (founders of the American Basketball Association). Wild Bill was approached to join and eagerly purchased a franchise. The WHA raided NHL rosters and offered higher salaries and other incentives. By the time league play started in 1972, 67 players had defected, among them Bobby Hull, Bernie Parent, Derek Sanderson, Gerry Cheevers and Ted Green. On opening night in October, the Alberta Oilers defeated the Ottawa Nationals, 7-4. Hunter had originally planned to play half the games in Calgary that season, however, it never worked out and therefore the following year, the team became known as the Edmonton Oilers.

At best, the Oilers were a mediocre average team that never won any titles or championships. They would finally make the Avco World Trophy Finals in the last year the WHA existed, 1979, but would fall to the Winnipeg Jets in six games. In almost 600 total games, the WHA Oilers only won 273 over seven seasons. One notable player obtained in 1976 would have a huge impact on the franchise. Glen Sather, a feisty left winger who had NHL experience with Boston, Pittsburgh, New York (Rangers), St. Louis, Minnesota and Montreal, played for one year and then became the head coach of the Oilers. He coached 14 seasons in Edmonton before leaving for greener pastures in New York as coach and current general manager of the Rangers. Sather played an instrumental role in helping purchase the contract of 17-year old superstar Wayne Gretzky from the Indianapolis Racers.

Earlier in 1975, Hunter had sold the team to Canadian real estate magnate Nelson Skalbania. Deeply in debt, Skalbania took on a partner, Peter Pocklington, who had amassed a fortune selling cars and real estate. As a down payment, Pocklington gave Skalbaina a vintage Rolls Royce Phaeton (allegedly used in the film The Great Gatsby) and his wife's $150,000 diamond ring over dinner one night. Skalbania would sell his interest in the team to Pocklington and go on to purchase the WHA Indianapolis Racers. Still desperate for cash in 1978, Skalbania also sold the Racers' best player to his old friend and partner. However, it was Glen Sather who persuaded the young center to come to Edmonton. And then on Gretzky's 18th birthday in 1979, Pocklington signed him to a ten year personal services contract worth around $3M. That same year, the Oilers were absorbed into the NHL when the WHA disbanded.

The Gretzky glory years are long gone, yet that won't stop the young Oilers from giving the Blues a handful tonight as they seek to reclaim past triumphs and reward their fans in the City of Champions.