Blues by the Numbers: Welcome to the Team!

St. Louis Blues picked up a couple of defensemen before the trade deadline. We all know that the Blues needed some additional defensemen, but what do the numbers say about Leopold and Bouwmeester?

Share All sharing options for: Blues by the Numbers: Welcome to the Team!

The St. Louis Blues made a couple of key trades a few days before the trade deadline that brought in two defensemen: Jordan Leopold from Buffalo and Jay Bouwmeester from Calgary. I think these two charts explain why they went after these two players.

Here is the player usage chart from my first Blues by the Numbers post. 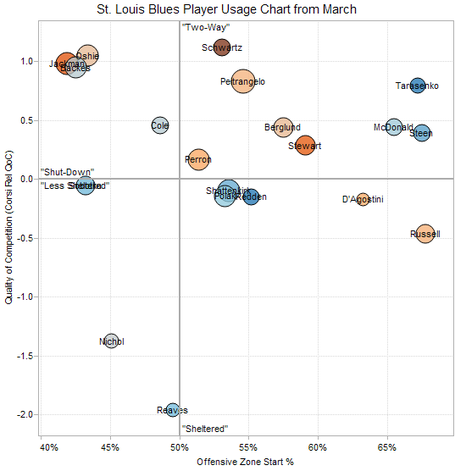 And here is an image from the most recent player usage chart at HockeyAbstract.com 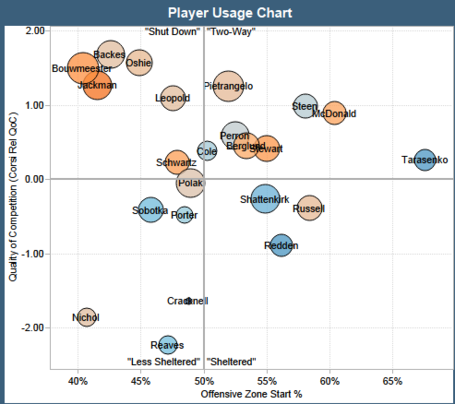 Blues only had three players in March that were solidly in the shut-down quadrant: Backes, Oshie, and Jackman. Now we have 5 with the addition of Leopold and Bouwmeester. That is all there really is to say about these acquisitions. Except those of you who have been wanting more Backes scoring..perhaps we might start seeing it.