Before we get going today, first things first: would you please rise and gentlemen please remove your hats, as we honor America, with help from our very good friend...

Unless you were tweeting underneath a rock, you know that this past weekend was the 2013 NHL Draft. After a couple trades, the Blues ended up with just 4 picks, but half of them were American, so that counts as 6. For more comprehensive, fantastic, and non-jingoistic coverage of those picks (even the un-American ones), head on over to our SLGT Prospects Department.

These two American picks - Thomas "French" Vannelli and Zach Pochiro, who was born to bleed blue - are the latest in a storied tradition of American players the Blues have coveted for the last couple generations. So to honor America (and to distract us all from how we'll inevitably lose out on Vincent Lecavalier "despite our best efforts"...aww, I made myself sad...) (never mind, that already happened), today we honor that tradition by naming the Most American Blues in team history!

(Spoiler Alert: That "storied tradition" gets less storied the further back on the ice you go...more on that later.) 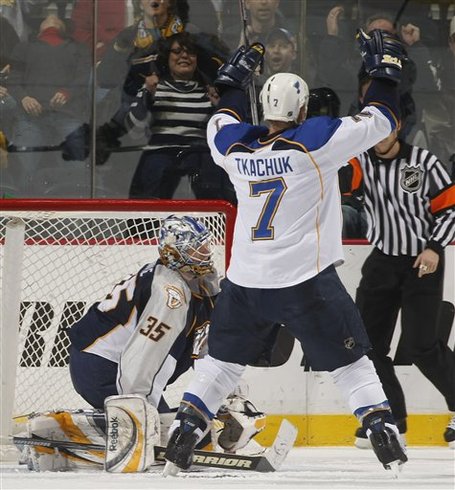 LW Keith Tkachuk: Big Walt isn't just one of the best yanks in Blues history, he's one of the most accomplished Americans in the history of the NHL. He's one of only 4 Americans to score 500 goals (his 538 are 2nd only to Mike Modano's 561) and one of only 6 with 1,000 points. In St. Louis, he sits 2nd in both goals and points among yanks with 208 and 427, respectively.

On the international level, Walt represented the Red, White, & Blue in 2 World Juniors (winning bronze in '92), 2 World Cups of Hockey (famously winning gold in '96), and 4 Winter Olympics, including the silver medal team in Salt Lake City in 2002.

Plus, he scored a goal with his fucking face. How much more American can one guy get? 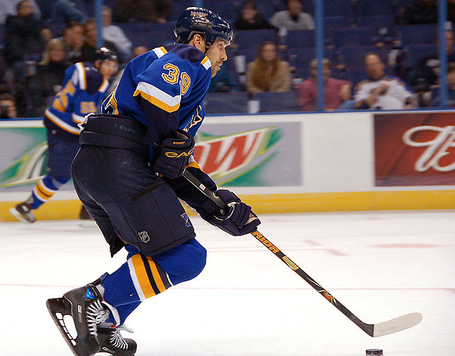 C Doug Weight: Dougie was originally brought to St. Louis to be The Playmaker who would be The Last Piece of the Puzzle. Okay, so maybe we were still missing a few edge pieces and the Alexander Khavanov piece had apparently been chewed by a dog before they even put it in the box...but Weight pretty much did his job as well as we could've asked. He sits 5th among US Blues in points with 295, and his 220 assists are good for 2nd. As for his career as a whole, his 1,033 points and 755 assists rank him 6th & 5th respectively. 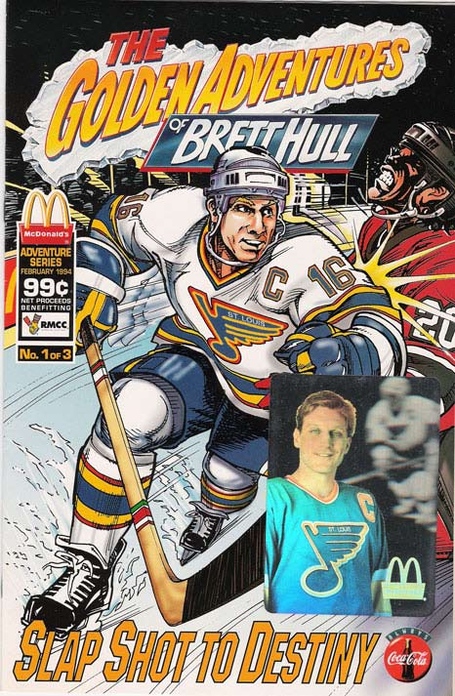 RW Brett Hull: The only question mark over Hullie's inclusion is his citizenship. Ironically (in the Alanis Morissette sense of the word), Brett was the only one of Bobby's children to be physically born in Canada. Luckily he was able to over come his birth defect (being tragically born Canadian) thanks to his mother's US citizenship. He went on to represent the US on the international level, so that's good enough for me! Although his unfortunate birthing location precludes him from all-time US born lists, his 527 goals for the Blues alone would make him the 3rd highest scoring American ever, and his career total of 741 laughs in Mike Modano's stupid-looking face.

(...I really don't have to tell you where he ranks among American Blues, do I?) 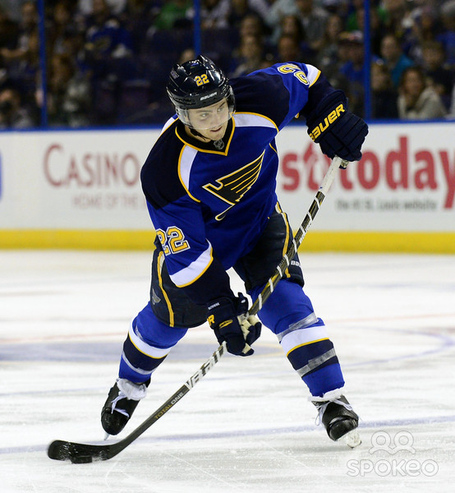 D Kevin Shattenkirk: I learned a few things while researching this article. A) The Blues history with Yanks on the blueline is not particularly impressive (just wait til we get to the crease), B) Phil Housley was apparently a Blue for half a season, and C) I often get Phil Housley confused with Paul Coffey. (Who wasn't ever a Blue...right? Or was he the one we had for the '94 playoffs?).

Either way, even though he's only been here about 2 1/2 years (with one of those "full" years being itself a half year), Shatty's 67 assists and 83 points are already both 3rd among Blues top American scoring defensmen. Here's hoping he'll not only add to that total in the next four years with the Blues, but also that he'll get a call up to Sochi for the 2014 games - Shatty's biggest international showing thus far was the 2009 World Junoirs, where despite a 5th place failure by the team, Kevin led all defensmen in scoring with 9 points. 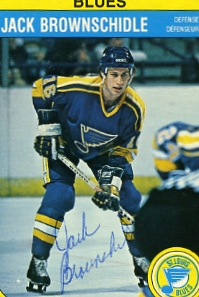 And I had never heard of him until writing this. Behold the power of research! 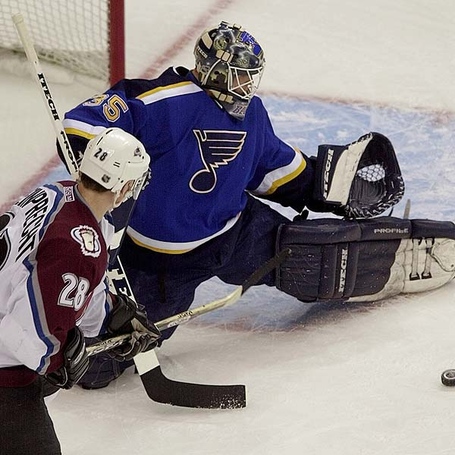 G Brent Johnson: ...*sigh*...Johnny B was only the full-time starter in 2001-02 (although he did shut out the Blackhawks 3 straight times in the playoffs that year, so that was cool!), but his 76 wins with the Blues is the most of any US keeper by a wide margin (Ty Conklin is 2nd with 18), and his GAA of 2.26 is actually 4th overall in Blues history with a min of 70 games (although Plante played 69 and Elliott is sitting on 62).

It may shock you to learn that Brent Johnson has never played Olympic hockey.

American enough for you? Or were you hoping to see Zombo or Janney? Are you suspicious that Hullie could be a half-Canadian spy? Thanks to the First Amendment, (and the comments) you can let me know!