Is Miller better than Halak?

The data suggests that Miller is about the same as Halak. Even if he were better, come playoff time it wouldn't matter.

Share All sharing options for: Is Miller better than Halak?

You don't have to look too hard on NHL.com to find comments like

The Blues are second team in the league in shots against per game and have the second best offense in the game and if they were to acquire ryan miler in a trade they are gonna be as tough as anybody to beat in the playoffs.

Is Miller really better than Halak?  Would swapping Miller for Halak lead the Blues to the Stanley Cup?

Edge Halak, but realistically those save percentages are the same.

Over the last 3 seasons, Miller has played a lot more than Halak, 167 games to 119.  Some of that is Miller's durability (or Halak's lack thereof).  Some of that is the teams' willingness to play the backup.  Who would you play more, Elliott or Enroth?

I'm All In: The Blues Should Trade For Ryan Miller

The Blues still have other needs, maybe even bigger needs, but adding the USA Olympian and former Vezina Trophy-winner could solve a few of the teams most disturbing trends and turn them from contenders to favorites.

I'm All In: The Blues Should Trade For Ryan Miller
This season, Even Strength 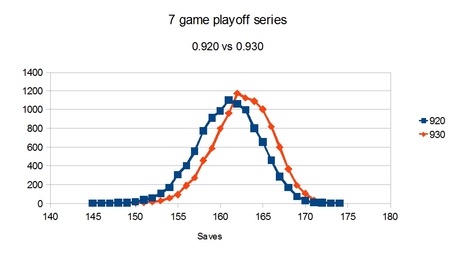