Lundqvist, The Blues, and RIG

Why AND is better than OR: The advantage of riding the hot hand

Share All sharing options for: Lundqvist, The Blues, and RIG

There are a lot of reasons why it is a bad idea to pay a goalie $8.5m a season.  The biggest reason is that you can get about the same performance for a lot less money.

Lundqvist for his career has an Even Strength Save Percentage (ESS%) of 0.929.  On average he has faced about 1778 shots a season, 1392 at ES, 329 on the PK, and 57 on the PP.   Compared to an average (i.e. 0.920) goalie, Lundqvist gives up about 14 fewer goals a year during ES play.  We can ignore the PK, because goalies do not differ on the PK.  We can also ignore the PP.  I do think that goalies differ on the PP, but the number of shots faced in one season is too small to see a meaningful difference.

Save money with RIG

What's RIG?  "Redundant Inexpensive Goalies".  If the Blues are 1A/1B then RIG is 2A/2B/2C.  RIG gives you better goaltending for less money.  RIG relies on 3 fundamental facts:
1) Average goalies are plentiful and cheap.
2) The difference between an average goalie and an elite goalie is small.
3) Goalies vary a lot from season to season. 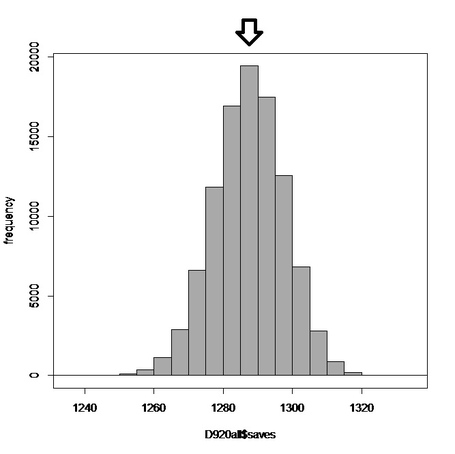 If you take out the below average seasons, here's what is left.  The arrow is the expected result. 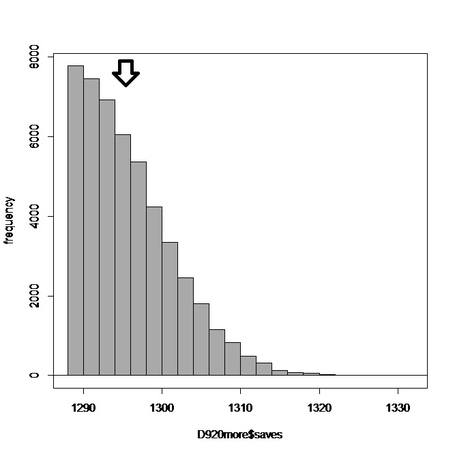 The expected result is 0.925.  But RIG is even better than that 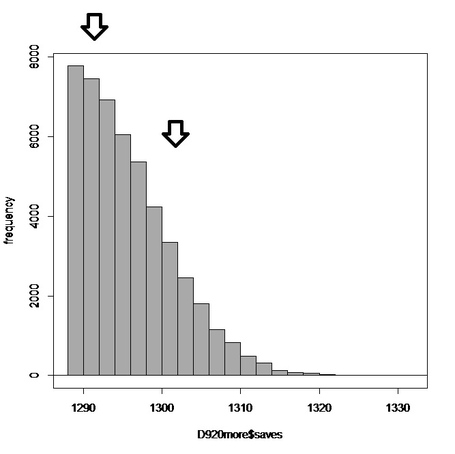 In the one season where all three goalies are above average, your expected save percentage of your best goalie is 0.930. 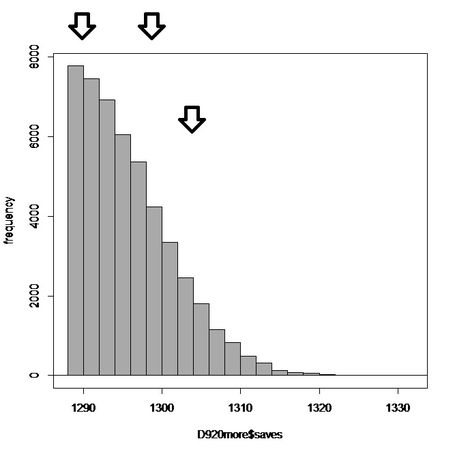 Even in the worst case scenario, the one season where all three goalies are below average, the expected save percentage of your best goalie is 0.918. 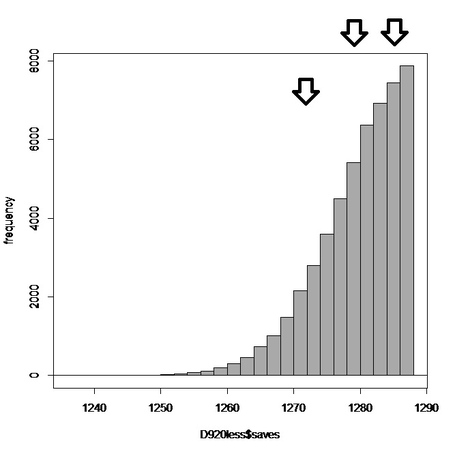 The composite expected save percentage for RIG is 0.926

In fairness to the Blues