eBay is a wonderful thing, especially when it comes to old charity cookbooks. Here I share the best from the Blues'.

Share All sharing options for: Blues Ribbon Recipes: A 1991 Cookbook

In 1991, to celebrate the Blues' 25th anniversary as well as to raise money for the St. Louis Crisis Nursery, the Blues released their Blues Ribbon Recipes cookbook. They're not the only St. Louis team to do so; the Cardinals also released one in 1985. eBay is a tremendous, wonderful thing - I bought both for under $15 each. 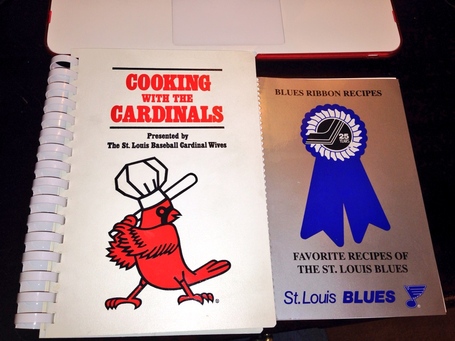 I thought it'd be fun to flip through and get a big dose of 80s and 90s nostalgia, and I wasn't disappointed. Tonight, I share with you the Blues Ribbon Recipes cookbook. If possible, due to copyright reasons, I may help Viva El Birdos to something with the Cards cookbook.

Let's begin, shall we? 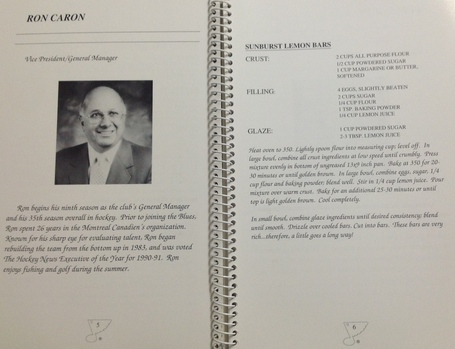 Lemon bars. Is there anything else more Ron Caron than that? 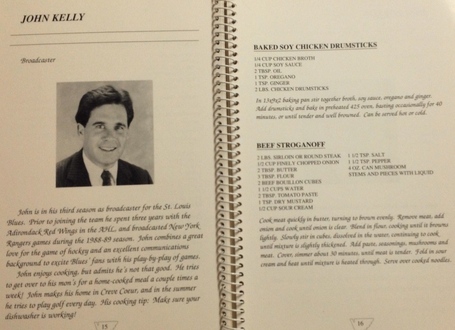 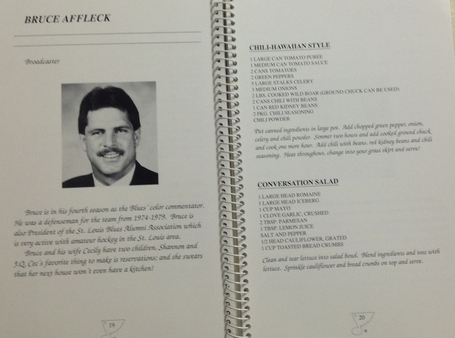 Former Blues broadcaster and current President of Business Operations Bruce Affleck would like to engage you in a nice conversation salad. 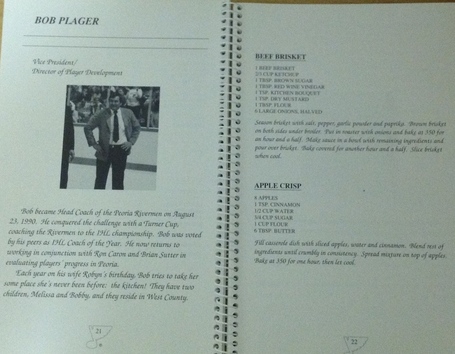 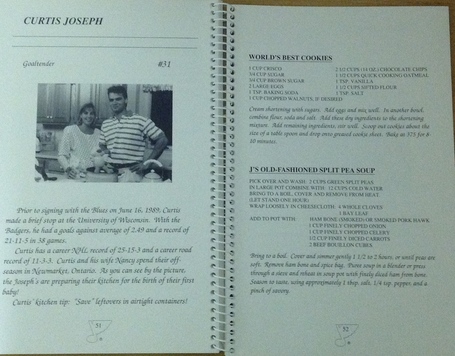 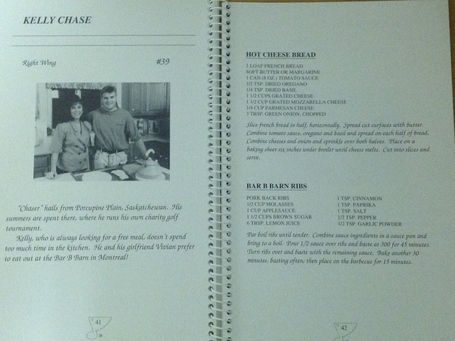 Chaser is delightfully to the point. 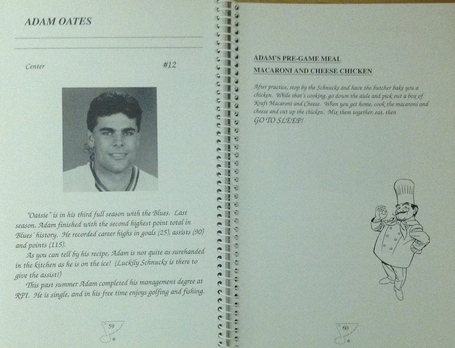 Hull and Oates don't have time for your "two recipe requests." 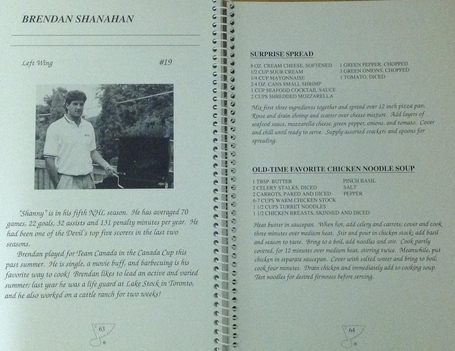 And finally, Shanny. I'm not even going to touch that one - that's all for you guys.