Game Time and Rivalry Wear would love to see you guys in some T.J. Sochi shirts when the Blues resume playing at the end of the Olympic break.

It's been a while since the last Game Time Giveaway, but that's because frankly I don't really have anything to give away.

Well, didn't have anything. Now I do.

Those of you who follow St. Louis Game Time (@StLouisGameTime) on Twitter as well as t-shirt company Rivalry Wear (@rivalrywear) or who like SLGT on Facebook as well as Rivalry Wear on Facebook will be entered into a contest for a T.J. Sochi t-shirt. One will be given away every day through the end of the Olympic hockey competition. 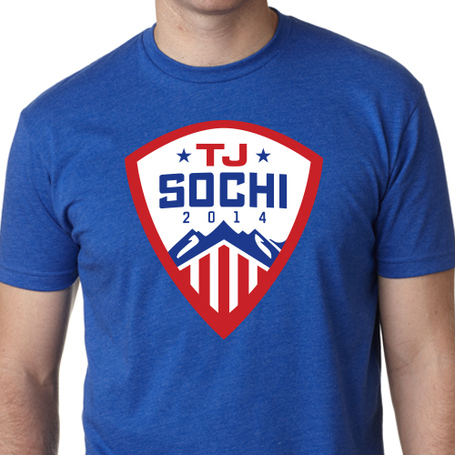 If you don't want to enter the contest and would prefer to just buy the shirt outright, they're available at Rivalry Wear's website.

Best of luck! Rivalry Wear will notify the winners.