The Blues are squaring off against a team from their least favorite state tonight. Can they finally win one against the Anaheim Ducks?

It took me a little while to find a way to convey how the Blues played in their first game after the Olympic break Wednesday night. I think I found a way to really capture that loss: 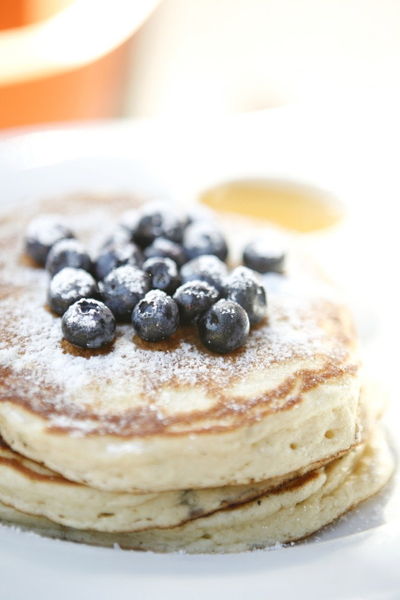 Mmmm. Delicious blueberry pancakes. I can't think of anything flatter - aside from that 1-0 loss to the Canucks. The Blues managed 20 shots on net. Just 20.

If you think that's enough to beat the Anaheim Ducks, you apparently haven't watched the NHL at all this season. The Ducks are the top team in the league, and Bruce Boudreau has them rolling - but they haven't played a game for 19 days. They're the last team to get back to playing after the break. Will this impact their play tonight? Probably not.

This is the last time these two teams will see each other this regular season, and allow me to be the first to say that I really very much hope that the Blues don't see them in the postseason. Nothing personal, Anaheim. You're just the last team I think any of us want to see the Blues draw in the Western Conference Final (if they make it that far).

Hang tight - we'll have some CCR road music, hopefully one of J-Mill's new Trash Tweeting features, and your (late, again) gameday thread. While you're enjoying your Friday, say hi to the nice folks at Anaheim Calling, and don't forget Battle of California while you're at it.