The Chicago Blackhawks: A Eulogy B-Side

Every great single has a lesser b-side. This is the Blackhawks'.

Share All sharing options for: The Chicago Blackhawks: A Eulogy B-Side

Back in the day where they actually released 45s as singles, or even cassettes, one side of the single was the track itself, and the other side was something called a "B-side," or a track that the band would like to get a little publicity. Sometimes it was a track that they recorded as a goof in the studio that they just tacked on for shits and giggles. This is the latter.

The Puck Daddy eulogy was published yesterday, to great distain from Blackhawks fans. Which, I guess, means it was a success. Consider it the "Let it Be" of eulogies. This, my original draft written at God knows what time, is more of the "You Know My Name, Look Up The Number" of Blackhawk eulogies. Brownie points to those who got that reference.

Anyway, it's the summer doldrums and you guys need something to read. Enjoy.

"Humor is also a way of saying something serious." - T.S. Eliot

We are here to mourn the loss of the Chicago Blackhawks, who, you may remember, have won two of the last four Stanley Cups. Or you may not've remembered that. But you should, because if you forget there will always be a hockey fan from the Windy City to remind you of it.

Wait, no, Hawks fans are probably their biggest export, since literally half of the state wants to move somewhere else: 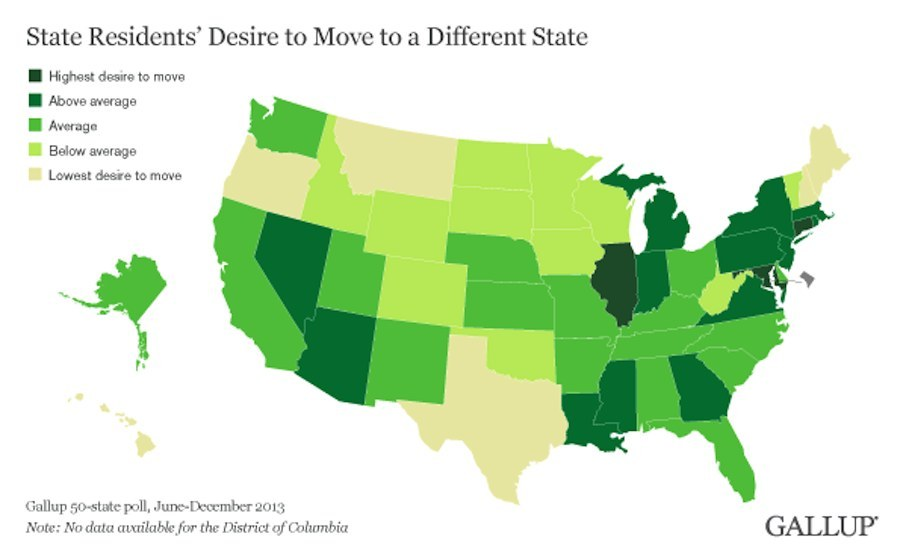 I will assume it’s the northern half.

Since the Blackhawks bring positive attention to the city (as opposed to everything else Chicago's always on the news for), Chicagoans near and far want you to know how great their hockey team has been for the past five seasons or so.

As a matter of fact, there's a guy over there in a Blackhawks cap. Let's talk to him about-

"HOW MANY STANLEY CUP RINGS DO YOU HAVE?"

No, don’t worry. He’s not being a jerk. That's just how Blackhawks fans say hi.

For those of you who have discussed hockey with a Blackhawks fan outside of their traditional territory of wherever they drink Malort, the above exchange is probably a pretty common part of your conversation. Because no, just because you're both hockey fans doesn't mean that the Hawks fan should be able to discuss the sport rationally and-

"HEY DO YOU REMEMBER WHEN KEITH PULLED HIS TEETH OUT ON THE BENCH? TOEEEEEEWS!"

Oh, for crying out loud.

The Blackhawks are a team who willingly employs Brandon Bollig, I assume for his skills at acting like a hockey player. Unfortunately for the Blackhawks, the only hockey player he earned his acting chops with was Tony Twist. 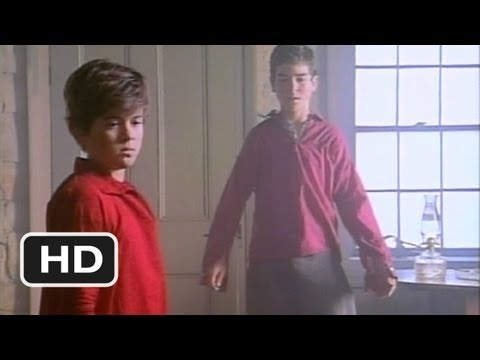 Defiance is why Coach Q keeps trotting him out there, guys. He’s a huge fan. Mystery solved.

Of course, it's hard to hate on the skill level of the Blackhawks outside of Bollig and formerly good ancient hockey player Michel Handzus. As someone who is a Thrashers survivor, I guess I could poke at Johnny Odoyajustwanttostandthere. His ability to do somewhere between jack and squat on the penalty kill is a thing of beauty. I will freely admit to thinking that (aside from his team selection) Mercenary Marian Hossa can do no wrong. And sure, in hindsight, selecting Erik Johnson over Captain Serious was probably not the best drafting idea for the Blues, but hey, draft toward your team's needs or something like that - the Blues probably just figured that the last thing they'd need would be a party animal like Toews sullying their reputation. 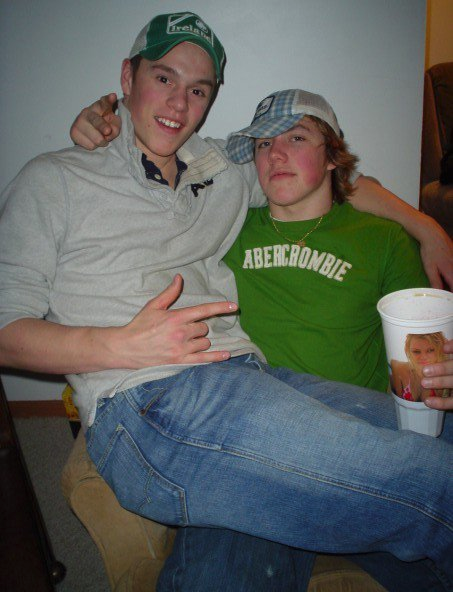 No, I suppose there’s no one else on your team that I could make fun of, except maybe Corey Crawford. Your goaltender is the Western Conference version of Marc-Andre Fleury. He’s slightly above average, has the ability to steal a game, and then, in the conference finals, has the ability to completely forget how to play goal.

You and Penguins fans have more in common than you (but not the rest of the league’s fans) think.

While you're nursing your wounds, here's some food for thought (pun intended) to make you feel better: Coach Q. Mike Kitchen. You know who’s next. Your carbo-bomb pizza with ten feet of crust is going to attract Ken Hitchcock after the Blues've ran him off. Then what're you going to do when he plays Bollig as second line center because he's a "sparkplug" and "plays in all situations?"

Laugh now. Laugh all you want at knocking the Blues out. St. Louis' curse on you will be sending Hitch up to devour all of your precious brats and "pizza" and hot dogs with too many damn toppings. I hope to God you guys have a soft spot for the 2002 Dallas Stars, because Hitch sure does.

I would be remiss in not saying thanks for the Blues. It's pretty bad when a team's owner is so insecure about its financial state that they have to start another team to sell a "rivalry." It's shocking that Dollar Bill didn't try to start a team in Wisconsin during the mid-2000s to copy old man Norris. Then again, that would've required a) him spending money and b) people in Chicago giving a rip about the team back then... or to even know there was a team. 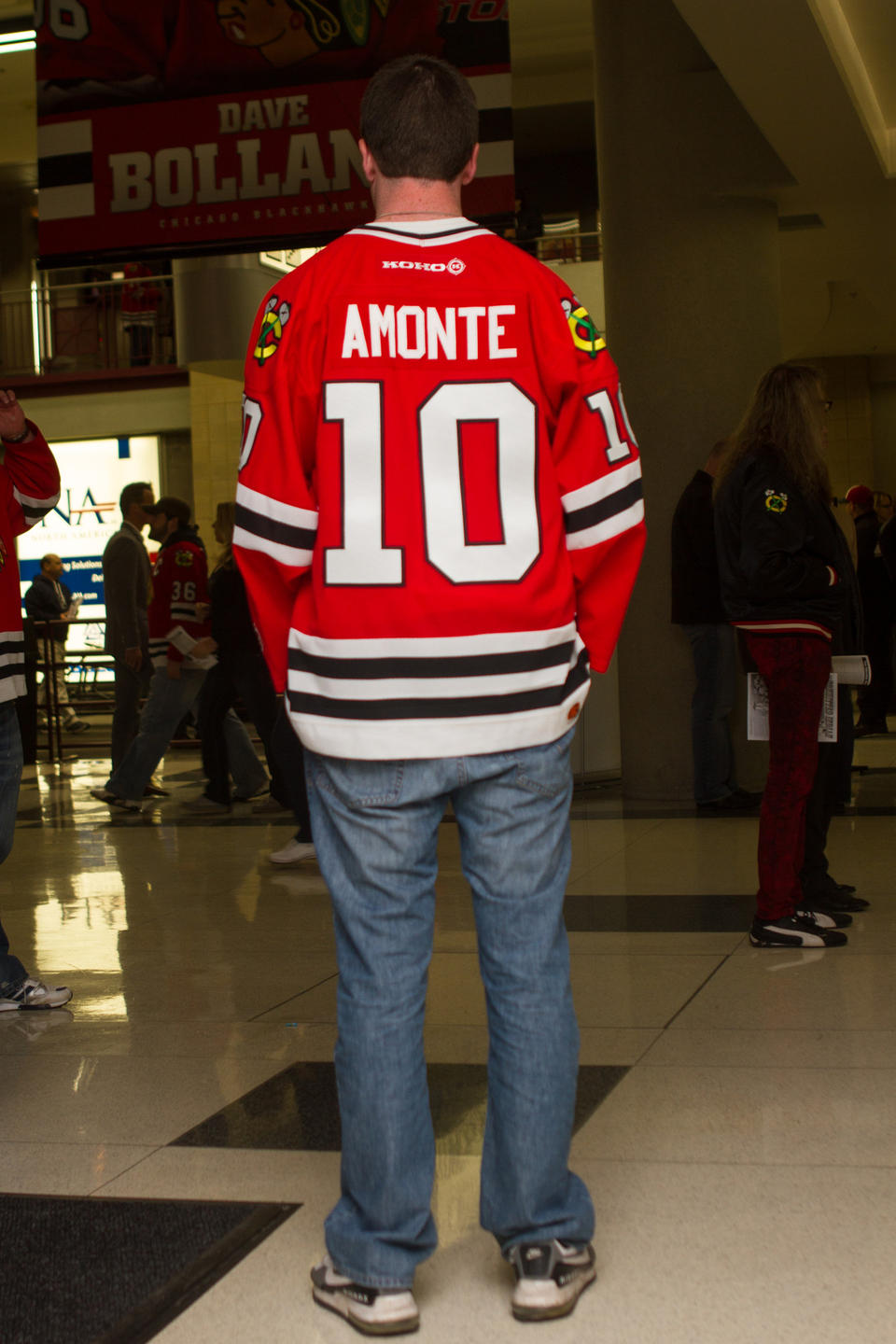 Except for that old guy in the Tony Amonte jersey. Yeah, I see you. You’re cool.

Hey, if a team plays in an empty arena but no one can watch them on television, are they still playing?

I guess that when you’re the self-appointed #BFIH* **, you can afford to forget that.

** I’m a Cardinals fan, so trust me, I understand obnoxious entitled people ruining a fanbase’s reputation.