Shots Faced And Save Percentage

Share All sharing options for: Shots Faced And Save Percentage

The other day, when we were talking about Bad Trades, the issue of goaltender performance versus shots faced got raised.  So I took a look at it.

On the high end, we should see save percentage being above-average.  Some of those games will truly represent a goaltender who is playing better than average.  Ben Scrivens' 59 save shutout, for example.  However, there's selection bias here.  If a team gives up 50 shots and the goalie is playing normally, he's given up 4-5 goals.  Most likely, the coach has taken mercy on him and replaced him with the backup to try to wake up the team.  The only way the coach is leaving him in is if he's standing on his head.

I pulled the shot data from the RTSS files, so these figures represent 2007 to present.  First, looking at all goaltenders: 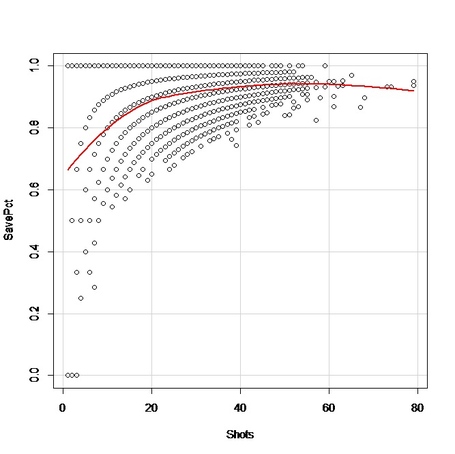 Hiller and Luongo had games where they faced 79 shots against.  Overall, I would say the curve looked a little different from what I expected.  The transition on the low end looks to be above 20.  On the very high end, the curve actually drops down a little.

Next up, I looked at Ryan Miller, Jaroslav Halak, and Brian Elliott.  One problem here is going to be a paucity of data.  Miller has 429 games played, Halak 253, and Elliott 229.  None of them are going to have more than a handful of games at any particular shot total, especially on low shot totals.  First Miller: 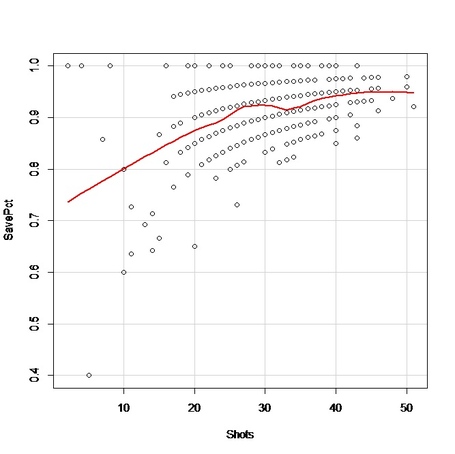 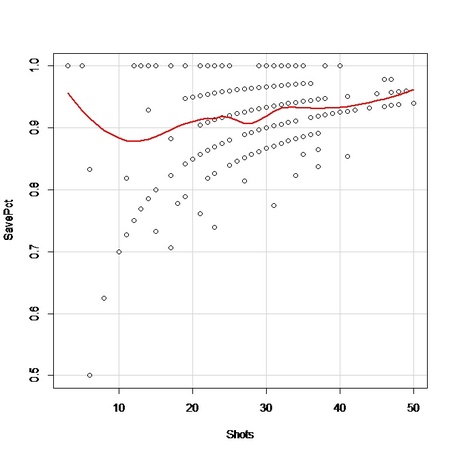 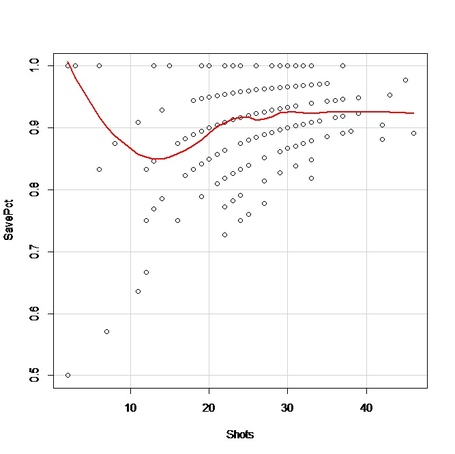 Of the three, Miller is the one where performance looks to be related to the number of shots seen.  That said, both ends of these curves for all 3 goalies are being driven by only 1-2 data points.