With Sobotka fleeing to Russia, it looks like the Blues are going to replace him with Steve Ott. Should fans be worried? Yes.

Share All sharing options for: It's [not] the end of the world as we know it. Or is it?

Here is your quick fancystats look at what Vladimir Sobotka has provided to the St. Louis Blues compared to what Steve Ott has to offer this team.  The numbers do not look very promising.

First, I took a look at the Behind the Net data.  This site's corsi number is actually a corsi per 60 minutes of ice time played.  All the data is at even strength.  It is pretty clear to see the difference between these two players.  Just eyeballing the charts you can see the trends favor Sobotka.

Next, I took a look at the With Or Without You data from the Hockey Analysis site.  This site breaks out corsi for and goals for percentages based on when a player was playing with or without a specified player.  This gives you a better idea of the impact a specific player has on his team when they are on or off the ice.  This is a bit more complicated look.  First take a look at the dark gray average lines.  You can see the Blues' players on average have similar corsi for percentages when they are not playing with either Ott or Sobotka.  But the real difference is with the corsi for percentage average.  Blues' players on average have better possession when they play with Sobotka than when they play with Ott.  Click on the positions or player names in the table at the bottom to highlight them on the chart above.  The dark black lines on the chart are just a reference point to show you where 50% is on the axis. 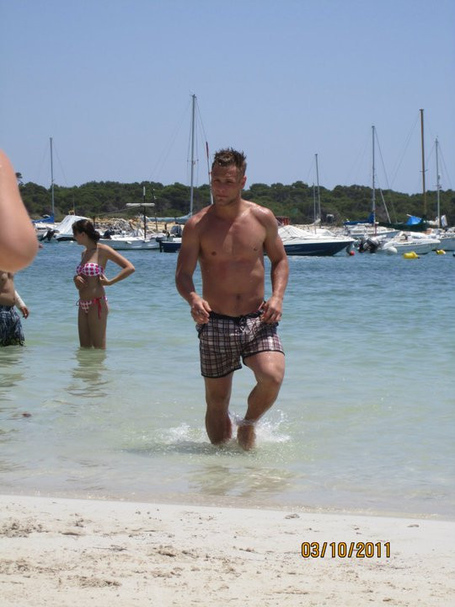 The third tab is using the same data set from Hockey Analysis and presents a more simple view of corsi for and goals for percentages for Blues players playing with or without Ott or Sobotka.  The corsi for bar chart favors Sobotka, but the goals for chart really show what the Blues are losing with Sobotka's departure.  And it is the last thing the Blues need a deficit in, goal scoring.  When Sobotka is on the ice, more Blues' players have an above 50% goals for than when those same players play with Ott.

Finally, the last tab is another scatterplot that shows a modified player usage chart game by game.  This view is comparing Sobotka's and Ott's quality of competition each game against their corsi for percentage.  The bubbles are sized by their percentage of offensive zone starts.  With this view, I am trying to compare each player's performance per game.  You will notice that in most games, Sobotka's bubble is almost always to the right of Ott (which means higher corsi) and Sobotka tends to see higher quality of competition.  This data comes from Extraskater.com which posted a line by line comparison of Sobotka and Ott yesterday on Twitter. 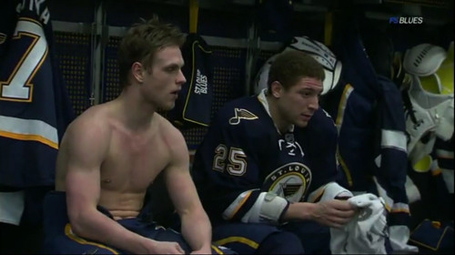 Bottom line?  Replacing Sobotka with Ott is not a recipe for success for a Blues' team whose number one problem is scoring goals.  Sobotka, while not necessarily a 2nd line player, propelled his teammates to better possession and scoring, more so than Ott has with his brief time with the Blues.  After all the success on draft day and with free agent signings, this is a black mark on what has been a rather inspiring off season for the Blue Note.

Keep in mind that when comparing Ott and Sobotka that Ott spent the last season and a half with a horrible team while Sobotka has been playing on one of the best possession teams in the NHL.  That is why I limited Otts stats to mostly just his time with the Blues.