"Shot differential is the only thing that matters"

If you take more shots than your opponent you generally win the game.

Assume one team takes 15 shots. The other team takes 16, 17, 18, etc. up to a shot differential of +15. Both goalies have a save percentage of 0.911. Whether any shot gets saved is determined by a random number generator. I ran 10,000 simulations at each level. I counted only non-tied game results.

For 15 shots you get 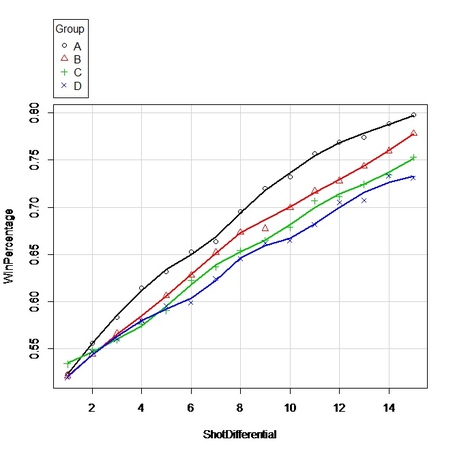 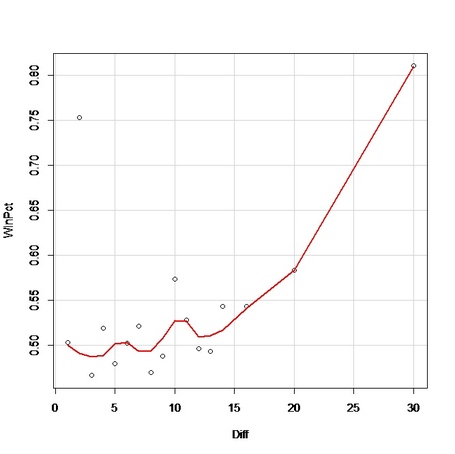 Two thing explain the difference. Bad games by goalies and score effect. The model has the goalie at a save percentage of 0.911 every shot, every game. That isn't true in real games. Score effects happen when the team with the lead "takes their foot off the pedal". They sit back and tend to allow more shots (although these are typically of lower quality). 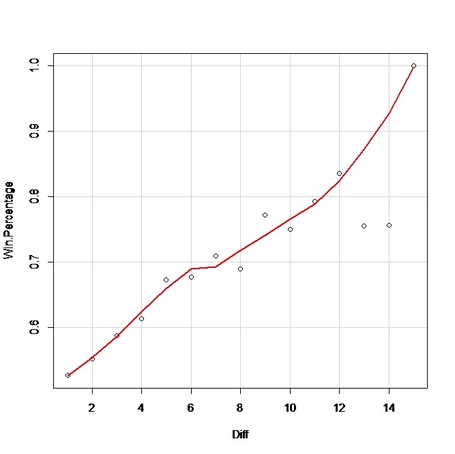