Yahoo Sports released the results of their fan viewership survey today and accompanied it with a truly pathetic dataviz. For those of you who are crazy enough to follow me on Twitter, you know that I am waging a one person war against bad dataviz in hockey. Well today the battle has been joined by Alan who writes for Raw Charge. He and I independently created our own dataviz to better illustrate the results from the Yahoo Sports survey. Keep in mind that we did not have access to the original data, just the numbers that they present in their dataviz. 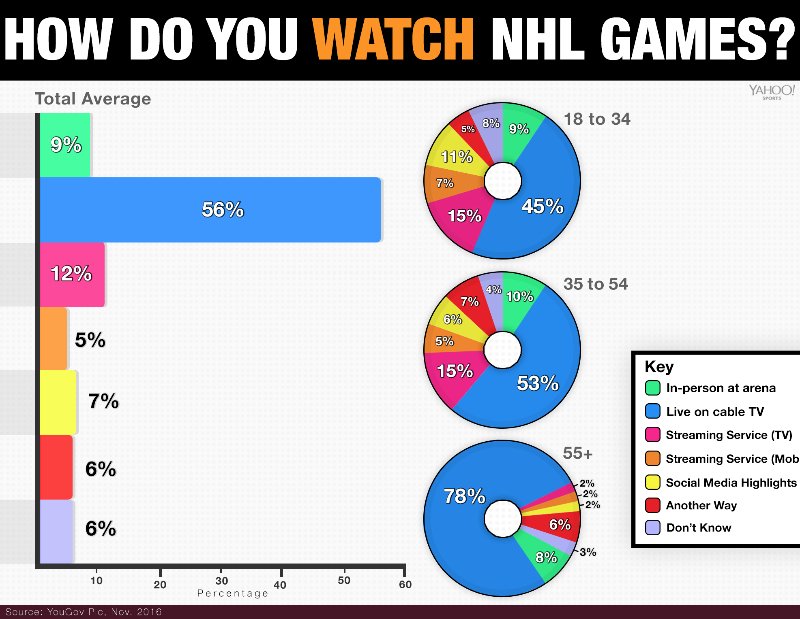 The results are interesting, but probably what you would expect. You should check out the article.

The big problem here are the donut charts. There is no need for these. Typically when you use donut charts, the hole in the middle is usually used to place a number to provide some context. If you are not going to do that, just use a regular pie chart. These pie charts would be on the cusp of good/bad. They have probably one too many categories for a proper pie chart, but the categories do vary enough to make it work. Had these been regular pie charts, probably would have been no big deal.

The bar chart on the left is just clunky. I know they are sorting it by category, but it is usually best to sort by the actual number (usually descending) so you can see which has the most, which has the least and everything in between. I do have to give them credit for using a horizontal bar chart instead of a vertical chart. Vertical are usually best for a time series. Horizontal is usually best when dealing with categories.

Alan and I ended up working independently to create cleaner more precise versions of this dataviz which I think does a much better job of telling the story Yahoo was attempting to share with its readers. First is Alan's version of the Yahoo Sports survey results. 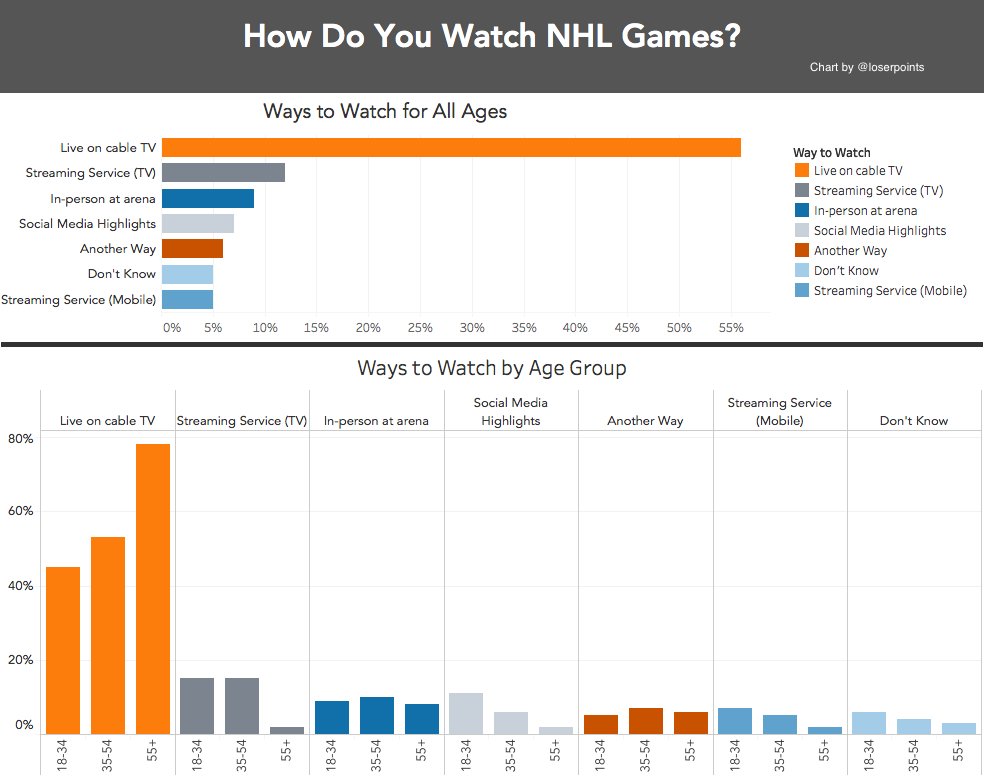 And here is my version of the Yahoo Sports survey result 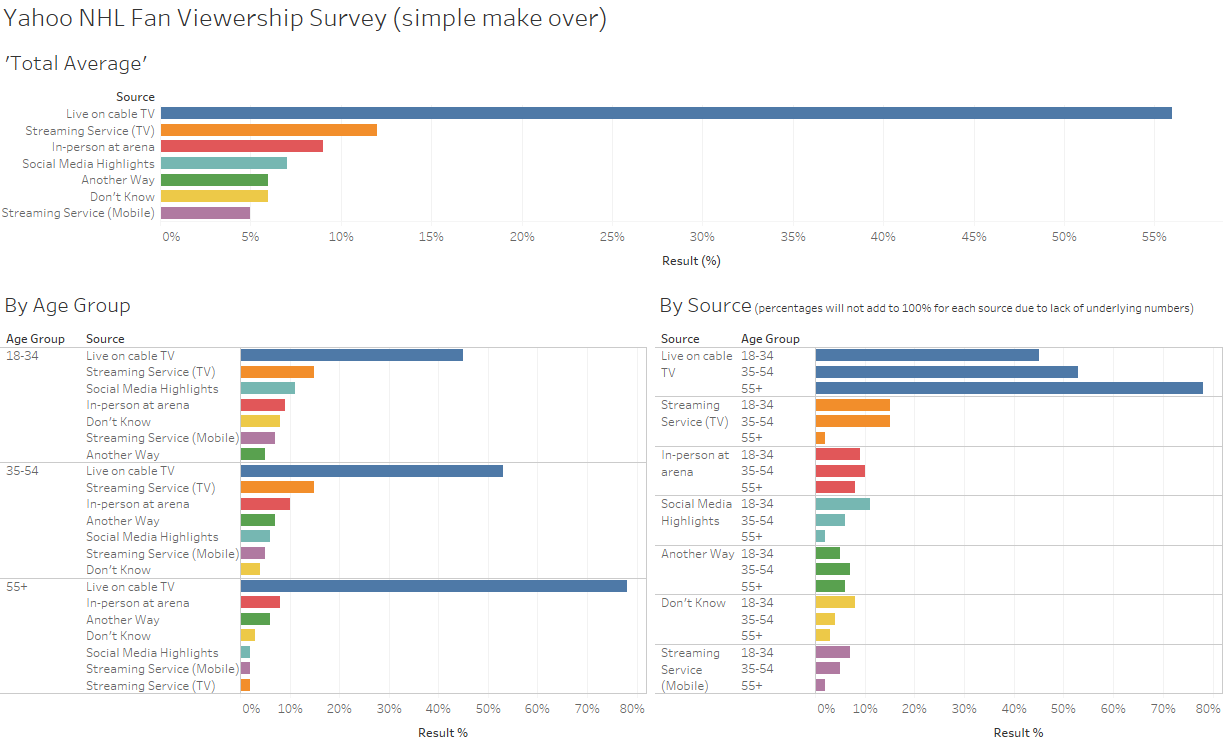 You can vote for your favorite down below.