There will be a more in-depth report at a later date. I'm back home across the river during DC, staying with my uncle in Wood River, but he does not have Internet... so I have to get whatever minutes I can at my cousin's house.

Notably Absent: Robert Thomas (C), Filip Helt (LW), Anton Andersson (D). All three were listed on the DC roster that the Blues handed out today, but neither of them participated in drills or in the scrimmage.

The Blues decided to not allow Your GTPD press access this season, so we don't know yet why Thomas, etc. were not skating today. Will find out if I can...

First Among Equals: Dominik Bokk made his St. Louis debut today, and looked exactly as advertised. Very slick, great hands, plays and thinks the game at full speed. Did not observe any of the poor body language or friction with slower teammates that was part of most of the scouting reports about him pre-draft. Bokk was drafted by Prince Albert of the WHL in last year's CHL Import Draft, so they have his rights. It will be interesting to see of the Blues try to get him over here playing major junior rather than returning to Sweden.

Moving Pictures: Got lots of video today; still have to sift through it and extract still photos, but here's a taste of what I was able to get. This is 2018 fifth-round pick Mathias Laferriere. 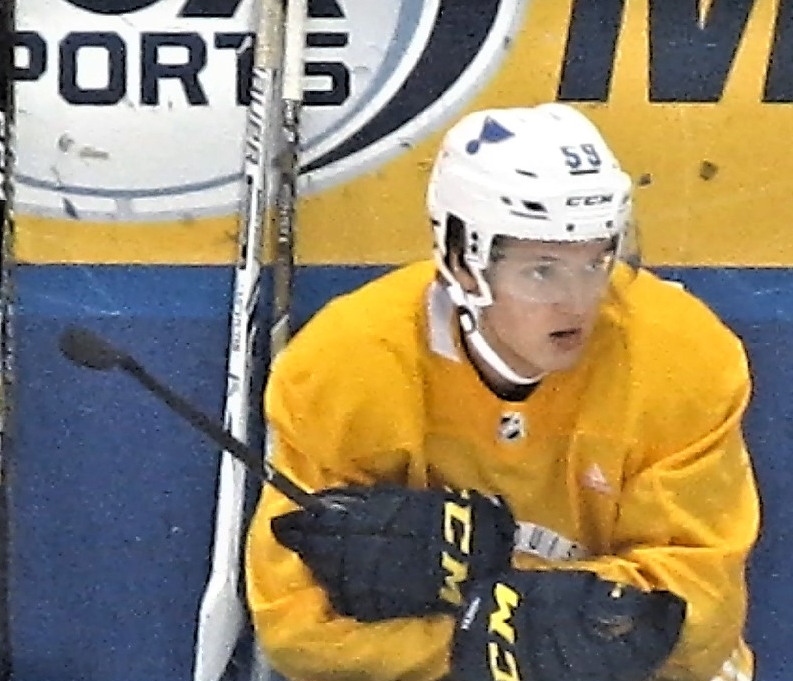