Quick hits from Day Three at The Mills...

Bokk To The Future: 2018 first-round pick Dominik Bokk had his skills on full display today in the scrimmage, firing a one-timer from above the left faceoff circle past Evan Fitzpatrick. Bokk had seasoned observers talking with his hands in tight, and with his ability to dangle around the net.

Where Are You: Robert Thomas was held out of practice again today; the official word, as reported in the "Post-Dispatch," was that the Blues aren't taking any chances with Thomas after he suffered an ankle injury in the OHL Championship Series. Unofficially, however, tongues were wagging that Thomas was being held out so as to avoid aggravating the injury in preparation for being dealt to Buffalo as part of a package to acquire center Ryan O'Reilly. Stay tuned...

Anton Andersson, who is also rumored to be headed to Buffalo in the O'Reilly package, was also MIA today, as was 2018 second-round pick Scott Perunovich. A couple of local products, both also defensemen, took their places in the lineup today. Balllwin native Jacob Wilson, who skated last year for the new D1 program at Arizona State, dressed for Team Macinnis, while fellow Ballwinite Adam Roeder, who played for Northern Michigan last year, dressed for Team Tkachuk. 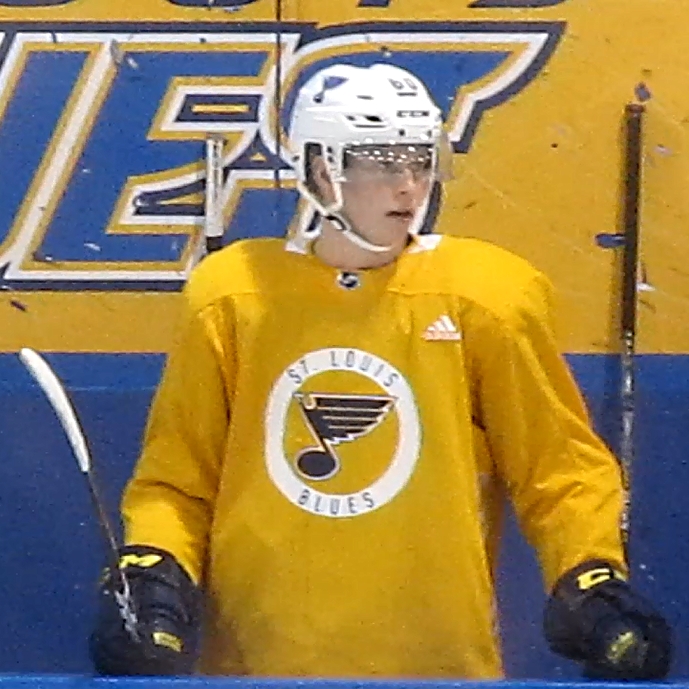